It’s a Thursday cartoon watch and we’re rolling along with Netflix’s She-Ra & The Princesses of Power despite there being very few of the other Princesses actually contributing thus far in this season.

That’s not a bad thing, though, as the reveal of Adora’s unknown past and her ensuing search for answers has been dynamite through three episodes and since this writing team has earned my trust, I’d expect they finish off the final three episodes on a similarly high note.

In yesterday’s episode Adora and pals made their way aboard Mara crashed ship in the Crimson Waste and activated a holographic message about how she brought Etheria into Despondos via portal as a way to save everyone, but that seeing this message means she failed as she was supposed to have been the last She-Ra and the message couldn’t be activated without She-Ra’s sword. This is getting heavy, Doc.

Catra has become the leader of all the freaks and weirdos in the Waste, captured Adora and taken her sword, but that’s still not enough for Catra who – after finding out that Shadow Weaver once again chose Adora over her – has now sworn to open the portal to bring the Horde’s full might to Etheria on her own as a way to finally prove herself to all who’ve doubted her.

There’s a lot at play here and, honestly, it seems like a lot to tie up with just three episodes remaining. But, like I said, the team behind this show has earned my trust and haven’t let me down yet so I’m with it. Now that we’ve had our quick little catch-up, let’s head over to Netflix and hit play.

Speaking of the lack of the other princesses in this season, we open with all of them huddled together in Bright Moon along with Queen Angella and Huntara. Glimmer is demanding they head to Fright Zone immediately, but Angella ain’t having none of that because she has no fuckin’ idea what the hell is happening.

In the Fright Zone Hordak and Entrapta are still setting up their machine to bring about the opening of the portal when Catra and Scorpia come walking in with the captured Adora and her sword. Entrapta’s not in love with the idea of opening the portal so quickly mainly because she’s enjoyed hanging out with Hordak and doesn’t want to lose another friend, but a plan is a plan.

Queen Angella and Glimmer have a huge difference in battle philosophy when it comes to the going-ons surrounding the Rebellion. Glimmer wants to charge into the Fright Zone to rescue Adora, but Angella, as has been her mindset from the beginning, wants to slowplay everything seemingly more frightened of more loss after her husband Micah was killed years ago. Angella asserts her title, however, and forces Glimmer to come up with a better thought-out plan.

Entrapta is trying to figure out how to best harness the power of Adora’s sword and casually asks Adora for tips which is pretty funny and perfect Entrapta. With her gag removed, Adora starts verbally laying into Hordak about how he ripped her away from her world, lied to her throughout her life and all the garnishes that come along with that. Hordak, completely unmoved by her words, says he couldn’t have lied about her past because he never cared enough about someone so inconsequential to even find out. That’s fuckin’ heat, brother!

Glimmer and Bow concoct a plan, but the problem is that it isn’t a good plan. They decide to talk to Shadow Weaver – still in a prison cell on Bright Moon – and she is actually taken aback when finding out that Hordak’s machine is not only ready, but that the Horde has Adora and the sword. She suggests Glimmer setting her free so she can help her teleport right into the middle of the Fright Zone and bring the fuckin’ ruckus right to Hordak. Glimmer may not love the idea, but also realizes that this is the only shot they’ll have at stopping the opening of the portal. She breaks the force field holding Shadow Weaver.

Mermista, Frosta and Perfuma come into play and rather than do the whole, “you can’t do this” gimmick, they’re insisting that, not only does Glimmer go through with this, but that they come along to make some noise. Shadow Weaver is less than thrilled with this development.

Shadow Weaver’s plan to get them into Hordak’s sanctum works to perfection as the group is dropped right where they planned. The begin making their way through the Fright Zone until encountered by Catra. Shadow Weaver takes Glimmer’s hand as she imparts upon Glimmer the need to focus her power. Catra is infuriated that Shadow Weaver would get to be the good guy now after all she’s done to and against her that Catra feels led her to being the way she is. Catra is intent on having the portal opened so she can finally be appreciated by Hordak. Shadow Weaver, always critical of Catra has her trapped within her magic and may be using a little too much until she’s finally snapped out of it by Bow. Glimmer seems to have been drastically weakened from Shadow Weaver drawing upon her magic as well.

Entrapta’s running diagnostics on the feasibility of the portal and it shows that opening it would be catastrophic and cause all of Etheria to be erased from existence. Catra – able to escape once released from Shadow Weaver’s magic – barges into Entrapta’s lab and orders the portal to be opened immediately. Entrapta refuses and Catra hits her with The Mountie’s cattle prod for her insubordination. 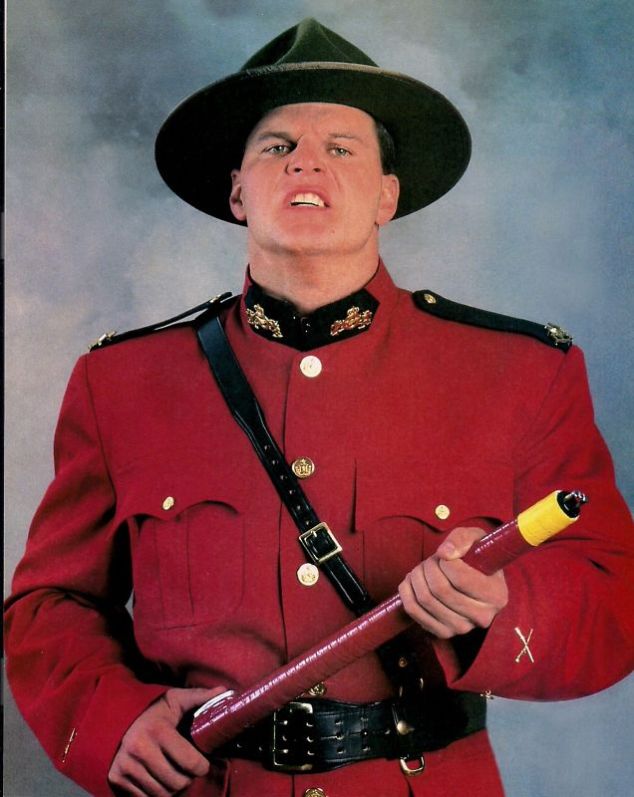 The Mountie always gets his man. So does Catra.

Catra orders Entrapta’s unconscious body to be sent to Beast Island to ensure that she not be able to tell Hordak of what may happen should the portal be opened. Scorpia tries stepping in, but Catra threatens her with the cattle prod as well. Scorpia backs down, but is visibly shaken that it’s come to this as her relationship with Catra had gotten strong since going to the Crimson Waste.

Catra heads to Hordak’s lab where he’s patiently waiting for Entrapta to return. She informs him that the Princesses are in the house and they need to set this off right now, but he says he needs Entrapta. Catra uses this to her advantage and claims Entrapta is the one who let the Princesses into the Fright Zone. Hordak is fired the fuck up now at the thought of Entrapta’s betrayal, but Catra sells it hard and Hordak buys it due to his new found rage.

As Hordak ponder whether to finally throw the switch, Bow, Glimmer and Shadow Weaver bust in and start showing some babyface fire, but Catra remains and, despite protests against it, throws the switch.

Adventure? Excitement? Collusion? Betrayal? This had all of it!

Dude, this series is fucking good. All the alliances and moments of deception are affecting all the relationships between characters in such distinctive ways that you can’t help but start to feel empathy for those who are even supposed to be bad guys.

Hordak and Entrapta? They both value what they have in each other and Hordak is visibly devastated when Catra suggests that Entrapta is the one who orchestrated the break-in by the Rebellion.

Scorpia and Catra? Scorpia finally feels like she’s making headway with Catra and that their adventure in the Crimson Waste has them on solid ground, but when it came to it, Catra didn’t waste a second before threatening her with also being send to Beast Island.

Shadow Weaver and…well, everyone? This is my Hulk Hogan joining the nWo at Bash At The Beach moment: whose side is she on? To this point she’s stayed true to her stated objective of infiltrating the Fright Zone to defeat Hordak, but there’s been…ahem, glimmers (see what I did there?) of evidence that she hasn’t necessarily turned over a new leaf and that she’s just biding her time before reverting back to the evil sorcerer she’s known to be.

There’s just so much meat on the bone in these episodes and I’m digging in like it’s the salad bar at Sizzler. With just two episodes to go we’re still filling up on dinner and not giving a fuck about having room for dessert.

Tomorrow we’re back to see the fallout from Catra flipping the switch and turning on the portal. The proverbial shit has hit the fan and I can’t wait to see the outcome.