Our double main man, Anthony joins the fold with an unboxing video from his December Retro Game Treasure delivery! Check out his first video with us and make sure to subscribe, like and comment!

Brand new episode from the Clown Princes of Saturday! We’re talking the KINGSMAN flicks, continuing the Six Weeks of Horror with cult favorite SLITHER and adding in all the usual banter including NFL, Kevin Smith, Comic Cons, Joe’s ex-girlfriend and more! It’s a very fun and exciting way to spend your weekend so find us on all formats and remember to subscribe, rate, review and share with friends!

It’s a new week and, with that, comes a new episode! With the unveiling of the new DuckTales series, your double main men talk about the debut episode and then hop in the DeLorean to revisit the old Disney Afternoon that we all grew up watching after school in the 90s. So pop in those earbuds and listen, subscribe, review and share with friends on Apple Podcasts, Stitcher, Overcast, Podbean of wherever you get your favorite shows!

It’s a new week, so we give you a new episode! Check out our tribute to our double-main man, JCVD! We discuss five of his classic films in our own adorable way and you get to hear the Main Man Standings Song five times! We give the people what they need. Listen and subscribe!

We’re back with another full-length episode! This one was fun as we discussed the cult-classic LABYRINTH and then continued our six weeks of horror with SHAUN OF THE DEAD and the little-known TV special, “Halloween Is Grinch Night”! Enjoy!

Hey! Episode 15 is here and this week, it’s a full-length one where we discuss how holding small iPhones makes us feel like Andre The Giant before diving into both “The Blair Witch Project” and its newly released sequel, “Blair Witch”. Remember to like, subscribe, review and send us any feedback!

On this week’s episode, I talked about how much I loved the soundtrack of Mega Man 2. It’s awesome. Specifically, I mentioned how much I love the music to the “Dr. Wily: Stage 1” level. A lot of you have inquired to some of the tracks I was talking about, so what better than to put a collection of them in one place for your listening entertainment?!

Now, to follow, my favorite cover that I’ve found thus far performed by a gentleman named Songe who is a French musician and producer:

The much asked-about Mariachi cover:

Here’s an a capella cover that’s more interesting than good:

The metal version we not only need, but deserve:

Finally, another one-man band version. Not as good as the other one earlier, but still fun:

So that’s a little collection of some covers of what is definitely my favorite video game song of all-time and may very well be the greatest. Hope you enjoy as much as I do.

Hey! Episode 12 is live! This week we talk about all our memories and favorites from the original Nintendo Entertainment System which was the absolute bee’s knees when we were kids. Enjoy!

Episode 3 discovered Joe’s love for officially licensed movie tie-ins. So following the Stallone episode he bought these classic video games to experience Stallone in an even fuller way: 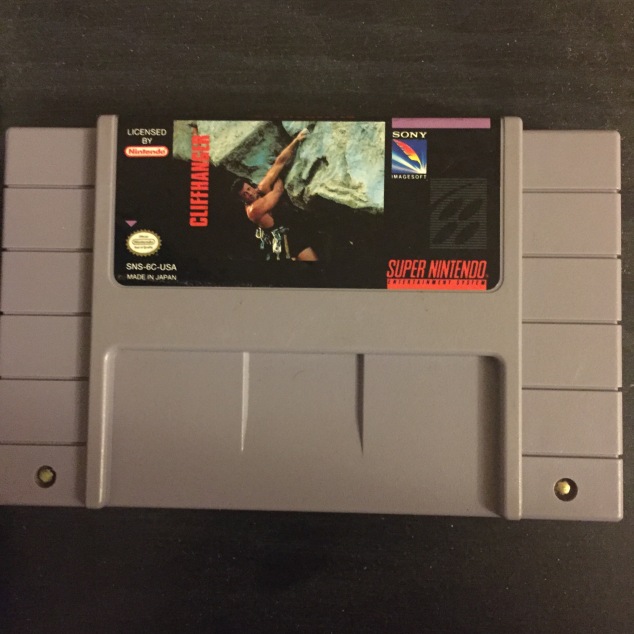 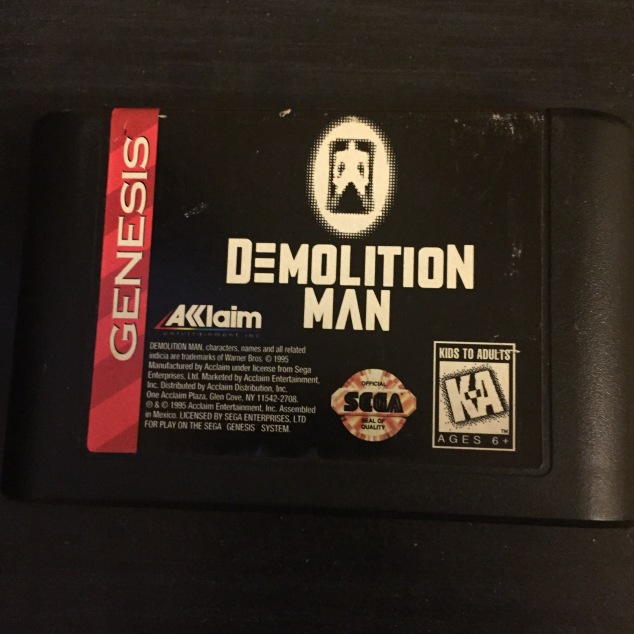 I’m moving soon, but when I finally sit down to play, you guys will be the first to know.