Welcome back to a new week of episode rewatches! I hope you all had a wonderful holiday weekend full with things like girls that have broken our hearts and…the Matrix, Neo, but now it’s time to come back to reality to watch some 17 year old animation.

When we left off, Skeletor is fully aware that the powers of the Elders are contained within Castle Grayskull, Count Marzo returned and was re-banished, Mekaneck suffered from depression and was prescribed Zoloft by Prince Adam and Orko is still driving everybody (me included) insane.

So, with that said, strap on in and let’s kick off another week with some quality Eternian entertainment!

S01E13: Night of the Shadow Beasts

Skeletor pays Beast Man a visit in the cellars of Snake Mountain to see his new capture: a Shadow Beast. Skeletor is hyped because he can easily take Grayskull with an army of these monsters, but Beast Man is quick to let him know that they can be around light. So it seems early on that we have our foreshadowing to defeat the Shadow Beasts.

Skeletor’s way around this is to block up the lava rivers which will force the pressure to mount on the volcanoes. They will eventually erupt and cloud the skies with clouds and ash blocking out the light for the release of the Shadow Beasts. Well, that’s one way to do things. You’d think with all the magic between him and Evil-Lyn that he could just block the fucking sun, but why bother when you can just make volcanoes erupt?

The Masters ain’t fucking around with this shit so they get prepped with reconnaissance while Prince Adam reads the situation and turns into He-Man with the quickness. Mekaneck uses his night-vision enhancers made by Man-At-Arms to alert the team that Skeletor is leading his squad on an attack of Grayskull.

He-Man is way ahead of the others, but is encountered by a gaggle of Shadow Beasts. He-Man’s not stupid so he’s not about this life, but has Battle Cat hurdle the beasts and cuts down trees in their path, blocking their pursuit as he makes his way toward Grayskull.

By the time He-Man arrives at Grayskull, Skeletor has a full army of Shadow Beasts scaling the castle walls. The Sorceress is apparently not home. Oh wait…she must have been napping. Finally, she wakes up and makes the Castle beam sending the Shadow Beasts into the abyss surrounding Grayskull. He-Man is left with Skeletor who knows better than to attempt to battle He-Man alone and takes off so he can refocus on gathering the Shadow Beasts while it’s still overcast outside.

The Sorceress – who is apparently the weakest higher power character in any pop culture format ever – is completely sapped of juice after one castle glow and tells He-Man he’s gotta stop those volcanoes from erupting because she can’t keep doing the glowy thing to fend off the Shadow Beasts. She’s fucking useless.

He-Man runs to Home Depot to buy some industrial strength Drain-O to break up the clog causing the eruptions and soon the flow of lava is restored. This immediately clears the skies and the Shadow Beasts all head for the hills and Skeletor’s grand plans have been thwarted. 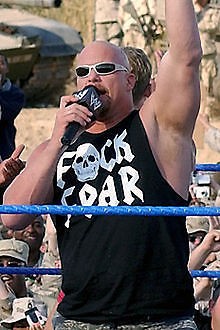 Pretty lame episode. Yeah, they can’t all be winners. Actually one of the lower-rated episodes according to IMDB so at least I’m not alone. There was a sidestory here where Ram Man is afraid of the dark, but it was stupid and honestly not worth mentioning, yet that’s where the PSA comes from.

Hey, there are plenty of shows that have stinkers from time to time. This just happened to be one of them. But we’ll come back tomorrow with a new episode and hopefully that’ll be better and we can talk all the good things about this show again. Deal? Sounds good. See you then.